We'll both be there!

Before I get all crazed and forget, do stop by the spin-in on Sunday if you’re local, or live anywhere near central VA and want to see a bunch of spinners all in one place.  The link is to the Ravelry event page, but if you are planning to attend, you can also email me for more information.

I shall endeavor to take photos, since I failed miserably at that task yesterday.  I took my little camera, so I had that AND a Blackberry with a decent enough camera within, and I was a good 10 minutes into my train ride home when I realized I’d not taken a single photo for you.

I’ll get to yesterday’s adventures in a moment, but I might not have literally gotten there without Amtrak.  I’ve only taken the train once before, and that was about 15 years ago.  So, I wasn’t sure what to expect when I booked my ride from podunk to my college town and back again.

It was the BOMB.  I somehow managed to have a seat to myself, which is to say I had two seats to call my own, both going and coming.  I know the drive well, since as I just said, DC was my college town.  The most thrilling part was driving through one of the farms I lived on in my teens.  Wow, what they’ve done with the place!  I couldn’t see much because I figure we were going around 70+ miles per hour, but the house and yard looked amazing.  You can’t see the house from Rt. 29, and I’ve never ventured any closer.

But you want to hear about my visit with Ruth, don’t you?   We met at Union Station, which was another blast from the past.  We used to grab lunch there all the time back in the day, and then wander around the shops.  And that’s just what we – and that we includes Ruth’s hubby too – did. 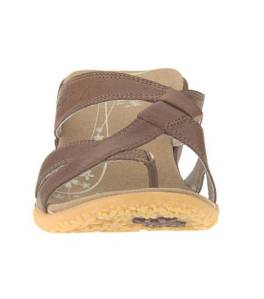 I snagged some costume stuff for the fur-girls thanks to Ruth’s good eyes, but I honestly have no idea when I’ll get to take photos of such.  It’s way too hot out there now to get great photos of them, so just be patient.  Actually, I have a whole host of fun props to use with the fur-girls when time and medications and allergies allow…  And I snagged these Merrell sandals for me.  Mine are a little different,  with a solid brown footbed and a bronzy leather upper, but again, I don’t know what the chances are of getting a photo for you before I’m wearing wool socks and clogs again, so that gets you in the ballpark, so to speak.

It was a long day.  I figured up on my ride home that I spent about an hour in the car, about five hours on the train, and another hour either marching down to the right spot to board or de-train, or waiting to board the trains that carried me to and fro.  Still, I was in far better shape than I would have been if I’d driven, even to the nearest Metro station to take the subway into the city…  And it was all worth it to catch up with the Scrabblequeen and her hubby again!

Don’t look for another post before Monday morning, but in the meantime, those BonBon Rose Girls are giving away a ring I really want.   (That’s the catch-22.  To get more entries, I have to tell you about it, but that also means more competition.)

So, will you be doing some resting and relaxing for me?  Or maybe folding the laundry I did last week that STILL hasn’t found its way into the drawers yet?

Toot, toot!  All aboard the weekend express!  Scratch that.  I want a good, old-fashioned steam engine to pull my weekend train, and one of those high-speed things from Europe for the weekdays.

Cuff of first sock... you're really in the dark on this one, eh?

P.S. – I am now working on the heel flap of my second sock.  Maybe on the 2+ hour ride to the family reunion later this month, I’ll come close to finishing them?

This used to be a knitting blog…