Happy Thorsday, little friday and thankful thursday.   Over on the girls’ blog, we’re celebrating – better late than never – National Pet Week, which is all about the ways pets make our worlds better places.

Earlier this week, I had a great training through the Junior League.  One of our members is a behavior analyst, and we received a full report through their program, which has its roots in the Types of Men by Eduard Spranger, a 20th century German philosopher and psychologist.

The six types, also used in the assessment I received are:

Theoretical: A passion to discover, systemize and analyze; a search for knowledge.

Utilitarian: A passion to gain a return on all investments involving time, money and resources.

Aesthetic: A passion to experience impressions of the world and achieve form and harmony in life; self-actualization.

Social: A passion to invest myself, my time, and my resources into helping others achieve their potential.

Individualistic: A passion to achieve position and to use that position to affect and influence others.

Traditional: A passion to seek out and pursue the highest meaning in life, in the divine or the ideal, and achieve a system for living.

Can you guess which two were my guiding (primary) attitudes?  Which are your own? 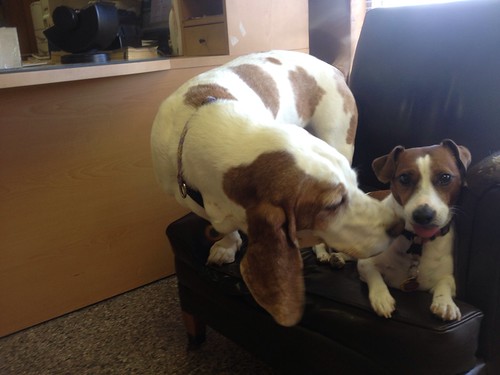 Despite my own inner philosopher’s glee – and need to delve into this deeper – I thought in honor of Thorsday, it would be fun to try to peg the furgirls.

Sissy is without a doubt, Individualistic.  The dog is a ridiculously strong, benevolent alpha, and she took all of about six tenths of a second before she had the normally alpha Knight wrapped around the finest undercoat hair on her body, bending to the DIVA’s will.  Unlike humans, the DIVA only uses her power for good – except when she’s counter cruising in search of an extra snack.. 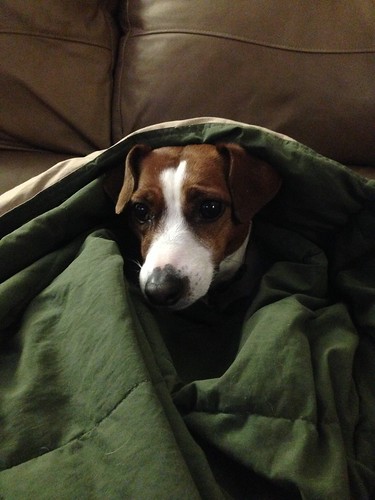 Gretchen Greer is a tougher case.  I think Aesthetic is her dominant motivator.  The Knight and I both have tempers and are prone to snapping, eye rolling, rude noises, etc.  Or rather… roughly six years ago, we were all that and then some.  Enter one tiny, sensitive little terrier who just wanted everyone around her to be calm and happy, and we’re reformed, all to keep Gg from having a panic attack.   She’s something special too, and we’re lucky to have both of these dogs in the house, in our hearts.

I don’t know if we’re giving them nearly as much as they give us.  Dogs are unconditional love personified.

9 comments on “Types of Men”