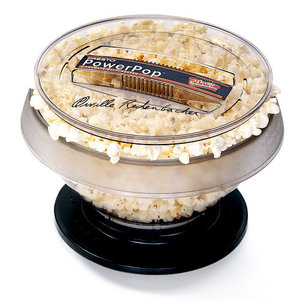 Sometimes you just need popcorn for supper.  Today was one such evening.    I’d like to think it’s a little healthier (air popped, after all) than mac n’ cheese, which is my REAL comfort food.   Sissy would prefer the pasta though, because some of you might recall the DIVA is allergic to corn in all forms except corn syrup.

Oh, I’m not melancholy or tired.  I’m feeling about 6… which as I recall was my “… but why?!” phase.   So maybe we’ll call it whiny with a dose of frustration.

I did have a not-great day.  My eye exam was fine; I remain ridiculously near-sighted but now am toting a prescription that my dear doc wrote so I can have just distance (as I have since 6th grade) glasses, bi-focals, TRI-focals or progressive lenses.  Isn’t she nice?  (She really is; as is the way of the world in podunk, I’ve known her since she was in grade school.)

So, do feel free to tell me which of the varieties of glasses you own, have owned, and won’t ever own again.  Given that Dr. J laughed and said she knew I was most likely to continue to just remove my glasses to see up close and gave me her blessing to do just that “until it annoys [you] enough to do something” I’m in no hurry and can wallow in yet another good ol’ round of analysis paralysis on the lens type discussion.

I also own adjusts to light lenses and not, and a pair of old-fashioned prescription sunglasses, which definitely need to be refreshed, as they’re roughly 10 years old now.  My prescription hasn’t changed much, but sun protection has.

Before I made it out of the doctor’s office to head for work, a friend stopped me.  Seems none of our mutual friends alerted me to his cancer battle a year ago, but he’s victorious for now, and has a new outlook on life that is allowing him to almost roll with the latest punch in the gut from Fate.   We do a lot of pulling up of the boot straps here in horse country, but there’s always a fresh pile to step over, around or plow through.

I’m inspired by my strong, fighting friends, but seriously… they were already strong men and women and enough is enough.   There’s not even enough sugar to make lemonade from the lemons.  But as the victor smirked and reminded me this morning, none of us knows when our time is going to be up anyway…

Good thing I like boots and own a slew of them.  The afternoon brought more devastating news.

(And for the record, the Knight and I are fine.  The news isn’t mine to share, but there is plenty of very sad/bad/mad news to go around.  Let’s just say cancer sucks, especially the kind without much hope for a happy ending, and to have it show up more than once recently is … devastating.)